The Benefice of Bethersden, High Halden and Woodchurch

Situated in the beautiful Kent countryside between the Kentish Weald and Romney Marsh, we are a rural benefice made up of three parishes, St Margaret’s Bethersden, St Mary’s High Halden and All Saints, Woodchurch.

United in God – Father, Son and Holy Spirit, we are part of the Diocese of Canterbury in the Church of England.  Each church within our benefice is unique, historic and in itself, could be a place of pilgrimage and an exciting exploration about the history and spirituality of England but above all, our lovely churches are places of gathering, prayer and worship.

Many church members are actively involved in the life of the villages of Bethersden, High Halden and Woodchurch, where we seek to serve the community and beyond. We believe that as worshipping communities, we are called by God to ‘Know God, Show His Love, Spread His Word. 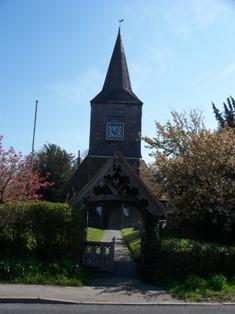 This Grade 1 listed church was built before 1286, but this is the first date we have for a recorded name of a priest who was Richard de Halyngleghe. Although the church has been extended over the years, its most remarkable feature is the timbered tower which was probably constructed in the late 13th Century.   It consists of an octagonal ground floor and a square upper story above which rises an 80 foot octagonal shingle-clad spire.   The whole structure is braced and strengthened by a system of massive oak pillars, beams and trusses, giving a truly impressive demonstration of the skills of medieval craftsmen.  The beautiful 14th Century South porch has an entrance which is a natural arch made of two halves of a colossal oak trunk and inside the church there is a lovely 13th Century font.

Unfortunately not the ones with chocolate chips.

Some cookies are necessary in order to make this website function correctly. These are set by default and whilst you can block or delete them by changing your browser settings, some functionality such as being able to log in to the website will not work if you do this. The necessary cookies set on this website are as follows:

Cookies that are not necessary to make the website work, but which enable additional functionality, can also be set. By default these cookies are disabled, but you can choose to enable them below: